Paperman – The kind of love story Stephanie Meyer could only dream of writing.

Word Cloud: The Westminster Confession of Faith – Love it.

My Inner Moralist – Fantastic: “The promises of God aren’t mine because of the accuracy of my understanding or the state of my Christian walk.  They are freely dispensed from Mercy’s hand and no other. God has committed Himself to be my God and placed me in Christ where all His promises find their yes and amen.”

When You Get More Than You Bargained For – Like this guy… who tried holding up a service station in Germany… with a knife. The moral of the story? “Never bring a knife to a baseball game.”

My review of The Words is now live on MovieByte:

The premise has a lot going for it; throw in an A-list cast (including the venerable Jeremy Irons) and it sounds like a recipe for success. Besides, who doesn’t like a cleverly constructed literary thriller?

There’s just one problem (no, three problems): The Words isn’t clever. Nor is it thrilling. And its literary merit? Well, that’s questionable in the extreme. The Words is a dimestore novel masquerading as sophisticated literature — a cheap, tepid, pretentious mess that tries to hide its lack of substance behind an overly complex narrative structure. Continue reading —-> 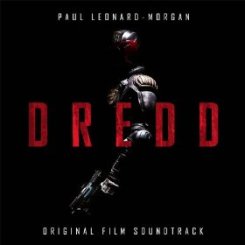 If Ramin Djawadi’s Iron Man soundtrack were married to the Daft Punkian techno of Tron: Legacy, their child would probably sound something like Dredd. Which is to say: slick, hard-hitting, and very, very cool. It’s a knockout. I haven’t seen the film yet – it’s rather popular on Netflix and therefore hard to get – but I’ve no doubt the score fits it as snugly as a bullet casing. (Watch the trailer and I’m sure you’ll see what I mean.) The fusion of rocking action cues with brooding electronic soundscapes works beautifully here. Final result? The kind of music that makes even dishwashing seem like an epic task.

“I wanted to create a really gritty, urban score for the film, not a typical Hollywood, glossy score. I pictured a sound which fitted a future set in 100 years time, so traditional orchestra went out the window.” ReelScotland recently conducted an interview with Paul Leonard-Morgan; you can read it here.

“‘Had I seen a miracle,’ say men, ‘I should become converted.’ How can they know they would do a thing of the nature of which they are ignorant? They imagine that this conversion consists in a worship of God which is like commerce, and in a communion such as they picture to themselves.

True religion consists in annihilating self before that Universal Being, whom we have so often provoked, and who can justly destroy us at any time; in recognizing that we can do nothing without Him, and we have deserved nothing from Him but His displeasure. It consists in knowing that there is an unconquerable opposition between us and God, and that without a mediator there can be no communion with Him.”