“We can only claim from Him justice – and justice, for us, means certain condemnation. God does not owe it to anyone to stop justice from taking its course. He is not obligated to pity or pardon; if He does so it is an act, as we say, ‘of His own free will,’ and nobody forces His hand. ‘It does not depend on man’s will or effort, but on God’s mercy’ (Rom. 9:16, NEB). Grace is free, in the sense of being self-originated and of proceeding from One Who was free not to be gracious. Only when it is seen that what decides each individual’s destiny is whether or not God resolves to save him from his sins, and that this is a decision which God need not make in any single case, can one begin to grasp to biblical view of grace.”

Soundtrack Critique – Aubrey Hansen offers a stellar review of the electronica score for Tron: Legacy. Needless to say, I’ve added it to my “to-be-bought” music list.

A Must-See Film About Two Extraordinary Men – Gary Demar writes, “Few films are truly inspirational. I was channel surfing and came across a made-for-TV film that I had seen a few years ago. It was inspiring then, and it was inspiring again as my wife and I sat down this morning to watch it probably for the fifth time.”

The Monkey-Driven Evolutionist – Reason #3,468 that I love Eddie Eddings and his blog.

Unapologetically Theological – An excellent piece from DeYoung. “There is no reason for any church to be anything other than robustly theological. Churches will still come in all sorts of shapes and sizes. But ‘atheological,’ or worse yet ‘anti-theological,’ should not be one of them.”

“When prayer and joy are married, their first-born child
is gratitude.” ~ C.H. Spurgeon 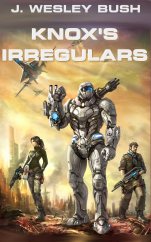 Some would consider the pairing of “Christian” with “Sci-Fi” to be a contradiction in terms. Like Aubrey Hansen’s Red Rain, this book proves them dead wrong.

Randal Knox never wanted to be a leader, but as the eldest son of the Prime Minister of New Geneva, he appeared destined for the political arena. Averse to the idea, Randal enlists in the armored infantry, preferring a life in the military to being a political figure.

When the Khlisti – followers of a religion cobbled together from Marxism, Islam, and New age spirituality – seize control of neighboring Abkhenazia, Randal’s world is turned completely upside down. An overwhelming army of zealots cross the border into New Geneva, scattering its small defense force and sending the survivors running for their lives. Randal pulls together a handful of armored infantry and takes shelter in the mountain city of Providence.

But the respite is short-lived. With Providence under the control of Colonal Gregor Tsepashin, Randal Knox faces a choice between hiding safely in the catacombs… and leading his motley crew of fighters in guerilla warfare against the enemy.

I can count on one hand the modern novels I’ve read that smoothly incorporate Christianity into the storyline. Most fail for one of two reasons: either the author hasn’t a clue about what he believes, or he doesn’t know how to communicate it without turning the book into an artistically-deficient soapbox. J. Wesley Bush avoids both these pitfalls.

Christian themes and characters (and a staunch respect for the Calvinist principals of the Reformation) are abundant, but they’re woven in without force – thus lending the story substance without reducing it to platitudinous sermonizing.

The characters – from Randal Knox to Arianne to the mad Belorussian immigrant Lebedev – are three-dimensional and wonderfully-imagined, developing naturally as the story progresses. No stale cardboard cutouts here, and thank goodness for that. Personally, I would’ve appreciated reading a little more about Colonel Tsepashin, but this is a minor complaint: the focus of the book is Knox and his irregulars, and in that regard, Bush’s character-crafting is more than satisfactory.

Best of all is the quality of the writing: it’s smooth, polished, and consistently good throughout. The dialogue is realistic, the pacing is smart, and the sprinkling of wry humor is funny without ever jeopardizing the overall seriousness of the story. Also worth noting are the action sequences, which are crisply written and exciting. Bush’s attention to the technical details – he previously served as an airborne infantryman, military intelligence cryptolinguist, and NGO worker – make his fascinating vision of futuristic warfare all the more believable.

For those wondering about content, there’s not much to be concerned about here. Of course, there’s quite a bit of war violence, as good guys and bad guys alike are annihilated by a plethora of futuristic armaments; and while these sequences are intense, they’re seldom gory. A smattering of mild language is present, and there is some (tasteful) discussion of an out-of-wedlock pregnancy. Sexuality is nil: the relationship between Randal and Arianne is a sweet one, and while they do share several kisses (which I would’ve preferred they save until marriage), their romance is overall as chaste and lovely a one as you could possibly hope for.

I was initially troubled by the fact that the two primary female characters were serving side-by-side with men in the New Genevan military force. After some consideration, however, I wouldn’t say Bush is endorsing this sort of egalitarianism, but rather merely presenting it as a likely – if less than ideal – scenario. Judging by the state of our present military, I’m inclined to agree that he is (unfortunately) correct.

All in all, I heartily recommend Knox’s Irregulars. As far as I can see, its only real “flaw” is in forcing the reader to wait for future installments of what looks to be a series-in-the-making. I think J. Wesley Bush is to be commended for skillfully taking on the challenge issued by C.S. Lewis decades ago: “We don’t need more Christian writers: we need more good writers, and composers, who are Christian.” 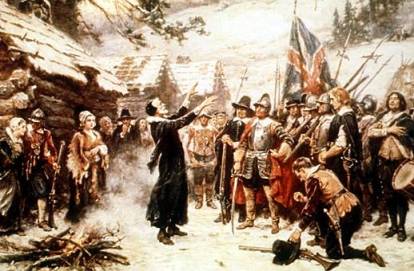 “Receive every day as a resurrection from death, as a new enjoyment of life; meet every rising sun with such sentiments of God’s goodness, as if you had seen it, and all things, new-created upon your account: and under the sense of so great a blessing, let your joyful heart praise and magnify so good and glorious a Creator.”