“The whole of Christ’s life was a continual passion; others die martyrs, but Christ was born a martyr. He found a Golgotha, where He was crucified, even in Bethlehem, where He was born; for His tenderness then the straws were almost as sharp as the thorns after, and the manger as uneasy at first as the cross at last. His birth and His death were but one continual act, and His Christmas Day and His Good Friday are but the evening and the morning of one and the same day. From the creche to the cross is an inseparable line. Christmas only points forward to Good Friday and Easter. It can have no meaning apart from that, where the Son of God displayed His glory by His death.”

“What was I by nature? This is a dark and dreary subject, for I was in a sad state, and had acquired a sad character.

“My heart was fearfully depraved – my nature was totally fallen.

“All within was spiritually dead – and all without was unholy.

“The creature was loved and served – and the Creator was neglected and despised.

“Sin was my element.

“Satan was my master.

“The world was my heaven.

“I had no good desires – no holy aspirations – no redeeming qualities.

“I would have destroyed God if I could – and blotted His name out of creation! The language of my heart and life was, “No God for me!” My heart was filled and fired with enmity against Him, and at times I could have cursed Him to His face!
I hated His law.
I despised His gospel.
I abhorred His people.
If I could – I would have crushed His cause!

“How astonishing that such a wretch was allowed to live!

“How astonishing that God had not crushed me by His power, and sentenced me to Hell!

“But, O the patience and the sovereign grace of God! He bore with me. He loaded me with His benefits. He determined to win me with His love. Nevertheless I sinned yet the more, and provoked Him with my ungodly conduct. O how surprising that I am not in Hell! Surely there are many already in Hell – who were never such great sinners as I have been!

“But, the Lord is good, ready to forgive, and plenteous in mercy unto all who call upon Him. He put a cry into my heart, He listened to that cry–and made me a new creature in Christ Jesus. He unveiled my enormous wickedness before the eyes of my mind, which filled me with confusion, despondency, and shame. He laid me in the dust, and seemed to doom me to despair. He…
crushed my proud spirit,
destroyed my infernal enmity against Him,
and melted me into contrition with His love.

“Who can tell what I would have been by this time – but for the grace of God?

“I am not now – what I once was. Why? Because God had a purpose of grace toward me.

“I am not now – what I soon shall be. Why? Because grace is always crowned with glory!”

Adopted into God’s family, and so,
My old coat lost, into new Arms I go.
The Cross, my Seal in Baptism, spread below,
Does by that form into an Anchor grow.
Crosses grow Anchors, bear as thou shouldst do
Thy Cross, and that Cross grows an Anchor too.
But He that makes our Crosses Anchors thus,
Is Christ, who there is crucified for us.
Yet with this I may my first Serpents hold;
God gives new blessings, and yet leaves the old –
The Serpent, may, as wise, my pattern be;
My poison, as he feeds on dust, that’s me.
And, and he rounds the earth to murder, sure
He is my death; but on the Cross, my cure,
Crucify nature then; and then implore
All grace from Him, crucified there before.
When all is Cross, and that Cross Anchor grown
This Seal’s a Catechism, not a Seal alone.
Under that little Seal great gifts I send,
Both works and prayers, pawns and fruits of a friend.
Oh! may that Saint that rides on our Great Seal,
To you that bear His name, large bounty deal.
~ John Donne

When people think of Izaak Walton (1593-1683), they usually think of the man behind the The Compleat Angler, the classic treatise on angling and joys of the English countryside. However, The Compleat Angler is not Walton’s only gift to the world of literature. He also authored several biographies. I finished his The Life of Dr. John Donne, and it was absolutely superb. I cannot recommend it too highly. Walton’s style is eminently readable, and he creates an amazing portrait of a godly man who was one of the greatest stylists of the English language. It is also interesting to note here that both Herbert and Donne were great friends of Walton. In fact, they often went fishing with him.

John Donne was born in London in 1573, during the reign of Queen Elizabeth I.  As a young man, he was at first drawn towards the wealth and extravagance of Renaissance

life, and even sailed as a gentleman adventurer at the time of England’s war with Spain in the 1590’s. Not long after that, he accepted a position as secretary to Lord Ellesmere, the Keeper of the Great Seal. It was a position which he eventually lost when he secretly married Lady Ellesmere’s niece. He then entered the ministry – despite misgivings of his own unworthiness – and was appointed dean of St. Paul’s in London in 1621. He went on to become one of the most eloquent and well-known preachers of his day. Today, we remember him for the beautiful poetry he penned. It is Donne who gave us the famous lines “No man is an Island, entire in itself” and “For whom does the bell toll? It tolls for thee”.

Donne’s life was marked by sadness as well as triumph. In 1617, his wife died of exhaustion after bearing her twelfth child. She was only thirty-three, and had been her husband’s faithful and ever-loving companion throughout their marriage. Her death impressed Donne with a greater sense of the fleeting nature of worldly happiness.

His speech, which had long been his ready and faithful servant, left him not till the last minute of his life, and then forsook him, not to serve another master – for who speaks like him – but died before him; for that it was then become useless to him, that now conversed with God on earth, as the angels are said to do in heaven, only by thoughts and looks. Being speechless, and seeing heaven by that illumination by which he saw it, he did, as St. Stephen, ‘look stead-fastly into it, till he saw the Son of Man standing at the right hand of God His Father;’ and being satisfied with this blessed sight, as his soul ascended, and his last breath departed from him, he closed his eyes, and then disposed his hands and body in such a posture as required not the least alteration by those that came to shroud him… thus excellent, thus exemplary, was the death of this memorable man.

John Donne was buried at St. Paul’s Church. The day after his burial, an unknown friend wrote the following epitaph with coal on the wall over his grave:

Reader! I am to let thee know.
Donne’s Body only lies below;
For, could the grave his Soul comprise,
Earth would be richer than the skies.

At the conclusion of his narrative, Walton leaves us with these observations about Donne:

He was of stature moderately tall; of a straight and equally-proportioned body, to which all his words and actions gave an unexpressable addition of comeliness.

The melancholy and pleasant humour were in him so contempered, that each gave advantage to the other, and made his company one of the delights of mankind.

His fancy was unimitably high, equalled only by his great wit; both being made useful by a commanding judgment.

His aspect was cheerful, and such as gave a silent testimony of a clear knowing soul, and of a conscience at peace with itself.

His melting eye showed that he had a soft heart, full of noble compassion; of too brave a soul to offer injuries, and too much a Christian not to pardon them in others.

He did much contemplate – especially after he entered into his sacred calling – the mercies of Almighty God, the immortality of the soul, and the joys of heaven: and would often say in a kind of sacred ecstasy, ‘Blessed be God that He is God, only and divinely like Himself.’

He was by nature highly passionate, but more apt to reluct at the excesses of it. A great lover of the offices of humanity, and of so merciful a spirit, that he never beheld the miseries of mankind without pity and relief.

He was earnest and unwearied in the search of knowledge, with which his vigorous soul is now satisfied, and employed in a continual praise of that God that first breathed into his active body: that body, which once was a temple of the Holy Ghost, and is now become a small quantity of Christian dust:

But I shall see it re-animated.

This is Donne’s legacy – a life lived to the fullest, for it was lived to Christ’s glory. God grant that such may be said of us when we have passed from this world into the next. 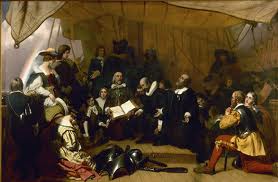 “What a pity is it that this earth, which is so full of God’s goodness, should be so empty of His praises, and that of the multitudes that live upon His bounty, there are so few that live to His glory.”