“Government grows more elusive every day. But the traditions of humanity support humanity; and the central one is this tradition of Marriage. And the essential of it is that a free man and a free woman choose to found on earth the only voluntary state; the only state which creates and which loves its citizens. So long as these real responsible beings stand together, they can survive all the vast changes, deadlocks, and disappointments which make up mere political history. But if they fail each other, it is as certain as death that ‘the State’ will fail them.”

– G.K. Chesterton, in his essay “Marriage and the Modern Mind”

In Chapter 6 of Saving Leonardo, Nancy Pearcey turns to the crucial role evolutionary materialism has played on the stage of Western thought – and not least in the arts and humanities.

Enter the literary naturalists: writers like Jack London, Theodore Dreiser, Frank Norris, Emile Zola, and Gustave Flaubert. These chaps used fiction “to portray society as a product of evolution, subject to the law of tooth and claw,” and they often took their lead from science. To them the novel or play was a sort of laboratory in which human behavior could be studied in a detached and clinical way. “Events” – and this is key – “were to be presented without moral commentary.”

A striking example can be seen in Flaubert’s work:

In Gustave Flaubert’s Madame Bovary, the main character engages in various adulterous affairs and suffers a gradual breakdown of character until she commits suicide. Yet the process is portrayed with clinical detachment – no sympathy, no redemption, no moral to the story. When Flaubert was charged with obscenity, his lawyer defended him by arguing that the book’s scenes exhibit the same fidelity to fact as a camera. But that was precisely the problem. Events were described photographically, without moral comment. Flaubert once wrote that art should strive for “the exactness of the physical sciences.” He treats his characters as somewhat repellant specimens that he picks up with tweezers to examine.

And this is where it gets even more interesting:

Today’s readers are puzzled by the charge of obscenity, given that the book contains no explicit sexual descriptions. But nineteenth-century readers were far more sensitive to the shift in worldview. They were aghast at the novel’s naturalistic worldview – its refusal to apply any kind of transcendent perspective or moral principal – which they recognized as reductionistic and dehumanizing. The literary naturalists may have claimed to be scientific and objective, but they were not simply observing human experience. They were imposing a preconceived philosophical framework that reduced humans to biological organisms in the Darwinian struggle for existence.

Contrast #1: In the nineteenth century, this kind of philosophy was met with distrust, if not actual hostility (as evidenced by the obscenity charges). In the twenty-first, we hug it and kiss it and welcome it into the house. Oh the joy of being post-modern, you know?

Contrast #2: I’ve never read Madame Bovary myself, and frankly I have no desire to; yet I think it would almost be worth it, if only to see the antithesis of Tolstoy’s approach in Anna Karenina. Both deal with adultery – only one of them deals with adultery as sin. Talk about a fascinating study.

To be honest, I’ve never paid much attention to the Che icon. Whenever I saw it plastered on this t-shirt or that hoodie, I thought of it as a silly (if relatively benign) fad; one that would eventually work its way out of our collective system, no harm done. This was, of course, the opinion of a guy who knew little about Che Guevara and even less about his philosophy. I’m trying to remedy that now. History books to the rescue and all that.

In chapter five of his book Liberal Fascism, Jonah Goldberg gave me this to think about:

That Che Guevara has become a chic branding tool is a disgusting indictment of both American consumer culture and the know-nothing liberalism that constitutes the filthy residue of the 1960s New Left. Ubiquitous Che shirts top the list of mass-marketed revolutionary swag available for sale at the nearest bob chic retailer – including a popular line of children’s wear. Here’s the text for one ad promoting this stuff: “Featured in Time magazine’s holiday web shopping guide, ‘Viva la revolution!’ Now even the smallest rebel can express himself in these awesome baby onesies. This classic Che Guevara icon is also available on a long-sleeve tee in kids’ sizes… Long live the rebel in all of us… there’s no cooler iconic image than Che!”

The Argentine henchman of the Cuban revolution was a murderer and a goon. He penned classically fascist apothegms in his journals: “hatred as an element of struggle; unbending hatred for the enemy, which pushes a human being beyond his natural limitations, making him into an effective, violent, selective and cold-blooded killing machine.” Guevara was a better writer, but the same muse helped to produce Mein Kempf. Guevara reveled in executing prisoners. While fomenting revolutions in Guatemala, he wrote home to his mother, “It was all a lot of fun, what with the bombs, speeches and other distractions to break the monotony I was living in.” His motto was “If in doubt, kill him,” and he killed a great many. The Cuban-American writer Humberto Fontova described Guevara as “a combination of Beria and Himmler.” Guevara certainly killed more dissidents and lovers of democracy than Mussolini ever did, and Mussolini’s Italy was undoubtedly more free than any society Guevara the “freedom fighter” was seeking. Would you put a Mussolini onesie on your baby? Would you let your daughter drink from a Himmler sippy cup?

Finishing Atlas Shrugged has given me a feeling of invincibility – the kind that necessarily comes with the completion of a philosophical and political manifesto dressed in novel threads and clocking in at just under 1200 pages. Booyah.

Finishing Atlas Shrugged has also given me a feeling of exasperated curiosity – the kind that desperately wishes to ask Miss Rand a single, pointed question: “How could you get so much right, and yet get so much wrong?”

The novel’s title refers to Atlas, that Titan of Greek mythology who was doomed to bear weight of the world on his shoulders (quite literally). The significance of the reference can be seen in this conversation between Francisco d’Anconia and Hank Reardon, two of the main characters:

“Mr. Rearden,” said Francisco, his voice solemnly calm, “if you saw Atlas, the giant who holds the world on his shoulders, if you saw that he stood, blood running down his chest, his knees buckling, his arms trembling but still trying to hold the world aloft with the last of his strength, and the greater his effort the heavier the world bore down on his shoulders – what would you tell him to do?”

The consequences of such a move would be cataclysmic – and that is exactly Rand’s point. Atlas is a man of myth; but what about the great men and women who keep the world going, all while being violently maligned as “greedy” and “self-centered” by the looters and moochers of society? What if these builders and producers – these Atlases – simply shrugged? What would happen if they abandoned their responsibilities altogether and left the world to fend for itself?

Rather than trying (and failing) to address everything Rand and her novel have to offer, I’ll limit myself to two points. And they are:

I. Rand is an excellent writer who knows how to express her ideas with bold and unequivocal passion.

II. Anyone who believes her philosophy is or should be the moral bedrock of conservatism needs to do some serious rethinking. END_OF_DOCUMENT_TOKEN_TO_BE_REPLACED 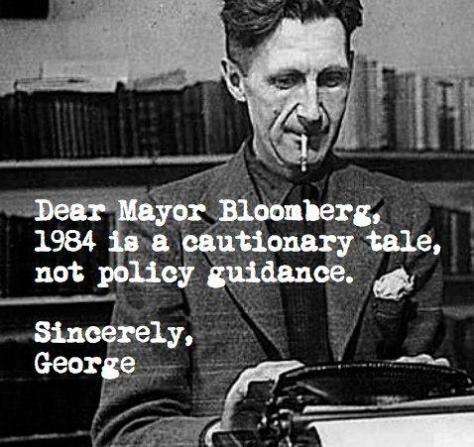