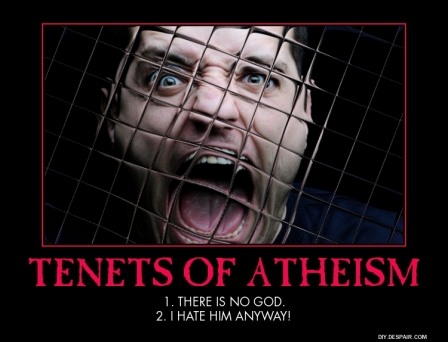 Either God can do nothing to stop catastrophes, or He doesn’t care to, or He doesn’t exist. God is either impotent, evil or imaginary. Take your pick, and choose wisely.

Maybe God is neither impotent, nor evil, nor non-existant. Maybe He is, in fact, GOD: wholly sovereign, wholly wise, wholly good. Not subject to your whims and wishes. Not dangling on a string from your finger. Not concerned with what you think is “fair” or “unfair,” “right” or “wrong.”

Maybe He is, in fact, working all things (yes, Mr. Harris, even catastrophes) for His glory. Maybe He moves as He pleases and does what He pleases because He is the infallible architect of a Greater Good which you, in all your fallible human wisdom, cannot see or understand.

Maybe. Just maybe. And if so…

Who are you, Sam Harris, to reply against God? Who are you to call Him to account? Must He consult you on the “fairness” of His actions? Are you, O creature, wiser than your Creator? Will you judge the Judge? Will you dictate morality to the One in whom morality has its very existence?

God is not on trial here, Mr. Harris. He never was. He doesn’t answer to you, or to me, or to anyone or anything. He wouldn’t be God if He did.

“I form light and create darkness, I make well-being and create calamity, I am the Lord, who does all these things.” (Isa. 45:7)