The title says it all. And this is just part one. Let’s start with some old-timey classics…

Beowulf translated by Seamus Heaney
A tale of brave warriors and savage beasts, battle and bloodshed, heroism and sacrifice. It’s one of the greatest manly-man epics ever told. Period. I personally prefer Seamus Heaney’s translation, for its richness and clarity.

The White Company by Sir Arthur Conan Doyle
One of the best, most vibrant pieces of historical fiction I’ve ever read – and I’ve read a lot. Doyle manages to combine meticulously researched history with a marvelously entertaining tale of chivalry and epic adventure in a way that flawlessly balances both aspects. The book never reads like a history textbook, and yet it never reads like a fable, either. The blend is perfect. 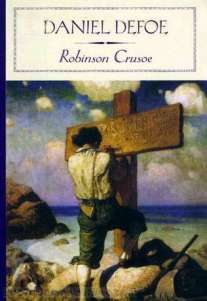 Robinson Crusoe by Daniel Defoe
Yes, yes, a classic in every sense of the word. An unforgettable story of desperation, ingenuity, and survival. And make sure you read the unabridged version – the abridged cuts out references to God and the main character’s profound Christian faith.

Captains Courageous by Rudyard Kipling
The powerful story of a boy who goes from selfish and spoiled to selfless and hardworking.
Kipling’s best work, in my opinion. 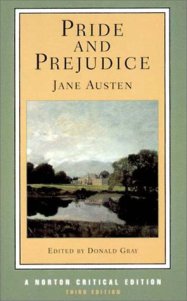 Pride & Prejudice by Jane Austen
At this point, the guys are probably shouting, “But that’s a girl’s book!”. So shoot me. It’s a nicely-told love story, frequently funny, seldom boring, and exceptionally well-written. And yeah, I think guys should read it. If that isn’t enough to convince you, think of this: reading it will probably give you an edge when you’re courting your future wife.I haven’t tried it myself (yet), but I would imagine such to be the case.

The Pilgrim’s Progress by John Bunyan
Bunyan’s classic allegory of the Christian life needs no introduction from me.

The Adventures of Sherlock Holmes by Sir Arthur Conan Doyle
Did you honestly think I wouldn’t include these? The choice was elementary. For goodness’ sake,
they’re stories featuring the most awesome detective in literary history!

Michael Strogoff by Jules Verne
Verne is recognized as an author of science fiction, but he also dabbled in the genre of historical fiction. This is one of those dabbles. It’s a spy-versus-spy story that will keep you turning pages far into the night. Great stuff.

Ivanhoe by Sir Walter Scott
My personal favorite of all Scott’s books. An iconic tale of knightly deeds and derring-do and fair maidens in need of rescuing. Yeah, it’s a must.

Penrod by Booth Tarkington
One of the funniest books ever written. It’s about a boy named Penrod Schofield… and man, does he get into a lot of trouble. From mixing dubious “secret elixirs” to gluing hats to people heads, this kid will make most mischievous boys look like angels in comparison.

The Lord of the Rings by J.R.R. Tolkien
A grand and utterly magnificent fantasy trilogy. If you haven’t read it, you’ve just gotta. But before you do, you should read the prequel, The Hobbit, first. With that under your belt, you’ll appreciate the trilogy a whole lot more. 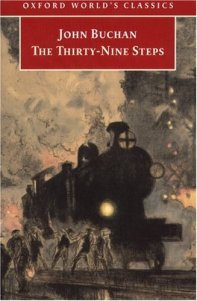 The Thirty-Nine Steps by John Buchan
An espionage thriller from the father of the genre, this fast-paced adventure features murderous villains chasing our hero from town to town and over the Scottish countryside. Awesome? Oh, yeah.

The Swiss Family Robinson by Johann David Wyss
One of those books you read and then immediately reread because it’s so good. Again, you need to read the unabridged version – I’ve little doubt the newer editions seek to water down the powerful Christian message of the original.

Have any recommendations of your own? Any book you think should be featured in future installments of this list? If so, be my guest and share ’em down in the comments section.

The attention of the insurgents had been drawn away from murder to plunder, and all over the castle might be heard their cries and whoops of delight as they dragged forth the rich tapestries, the silver flagons, and the carved furniture. Down in the courtyard half-clad wretches, their bare limbs all mottled with blood stains, strutted about… Yet all order had not been lost amongst them, for some hundreds of the better armed stood together in a silent group, leaning upon their rude weapons and looking up at the fire, which had spread so rapidly as to involve one whole side of the castle. Already Alleyne could hear the crackling and roaring of the flames, while the air was heavy with heat and full of the pungent whiff of burning wood.

Sir Arthur Conan Doyle: the name usually calls to mind 221B Baker Street and it’s resident, arguably one of the most famous characters to ever grace the hallowed pages of classic literature. Yet despite the popularity of the Sherlock Holmes stories, Doyle’s favorite among all his creations was a book of quite a different nature – an epic historical narrative of the Hundred Years’ War entitled The White Company. 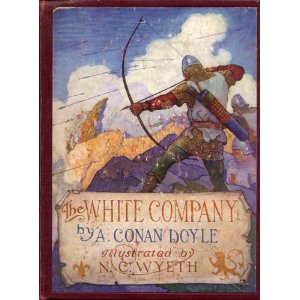 The year is 1366, and England is at war with Spain. At age twenty, Alleyne Edricson leaves the abbey where he has been raised and sets out on his own, in accordance with the terms of his father’s will. In due time, he falls in with rough but likeable Samkin Aylward, lately returned from France to recruit for the White Company, a motley band of mercenary archers. Alleyne also makes the acquaintance of Sir Nigel Loring of Christchurch, and becomes his squire. Loring soon after accepts leadership of the White Company, and departs with his followers for France to aid Edward, the Black Prince.

Needless to say, adventures abound throughout the remainder of the book. There are skirmishes with pirates, a bloody siege, jousting tournaments, and countless acts of courage, honor, and fortitude, as well as a brilliantly rendered account of the Battle of Najera.

I have a great degree of respect for the genre of historical fiction in general; but every now and then, I encounter a book like The White Company, which not only earns my respect, but leaves me completely awestruck. Doyle managed to combine meticulously researched history with a marvelously entertaining tale of chivalry in a way that perfectly balances both aspects. The book never reads like a history textbook, and yet it never reads like a fable, either. The blend is perfect.

As far as objectionable content is concerned, there’s very little to worry about, and this book is an excellent choice for readers aged 13 and up, especially boys. However, let the sensitive beware: battle violence and carnage abound, complete with beheadings, lynchings, thoat-slittings, impalings, stabbings, and the like. It’s certainly realistic, and never goes over-the-top, but some may have more trouble stomaching it than others.

In conclusion, The White Company, though relatively unheard of today, is one of the best, most vibrant historical novels I have read – and I’ve read quite a few. With assiduous attention to detail and a robust style, Doyle paints a fantastic picture of the 14th century, occasionally adding a flourish of humor along the way.

So go pick up a copy at the library (if you can find it). Better yet, just buy it. You won’t be disappointed.