I read Psalm 82 this morning and was impressed by how fitting a meditation it is in light of recent events, from the SCOTUS ruling, to #PPSellsBabyParts, to this appalling NY Times piece.

God stands in the congregation of the mighty;
He judges among the gods.
How long will you judge unjustly,
And show partiality to the wicked? Selah
Defend the poor and fatherless;
Do justice to the afflicted and needy.
Deliver the poor and needy;
Free them from the hand of the wicked.

They do not know, nor do they understand;
They walk about in darkness;
All the foundations of the earth are unstable.

I said, “You are gods,
And all of you are children of the Most High.
But you shall die like men,
And fall like one of the princes.”

Arise, O God, judge the earth;
For You shall inherit all nations.

Matthew Henry points out that “to do unjustly is bad, but to judge unjustly is much worse, because it is doing wrong under the colour of right; against such acts of injustice there is least fence for the injured and by them encouragement is given to the injurious. It was as great an evil as any Solomon saw under the sun when he observed the place of judgment, that iniquity  was there.” (Eccl. 3:16; Isa. 5:7) Should not the leaders of the land tremble under such a scathing indictment?

And yet we draw encouragement from this, above all: Justice is coming. The One dispensing it cannot err and will not be stopped. Henry again: “This we are to believe and to comfort ourselves with, that the earth is not given so much into the hands of the wicked, the wicked rulers, as we are tempted to think it is. (Job 9:24) But God has reserved the power to himself and overrules them… There are two words with which we may comfort ourselves and one another in reference to the mismanagement of power among men: one is Rev. 9:16, Hallelujah, the Lord God omnipotent reigneth; the other is Rev. 22:20, Surely, I come quickly.” 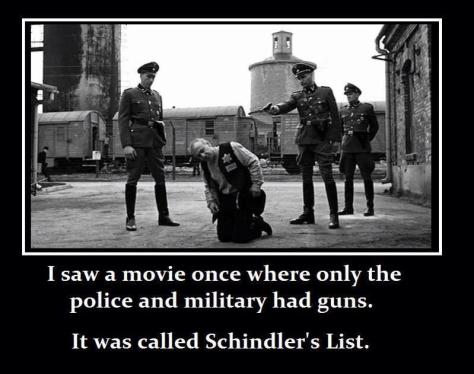 The historians can’t seem to settle whether to call this one “The Third Space War” (or the fourth), or whether “The First Interstellar War” fits it better. We just call it “The Bug War.” Everything up to then and still later were “incidents,” “patrols,” or “police actions.” However, you are just as dead if you buy the farm in an “incident” as you are if you buy it in a declared war…

In Starship Troopers, Jaun “Johnnie” Rico signs up with the Federal Service and struggles through the toughest bootcamp in the Universe, determined to make it as a cap trooper with the Terran Mobile Infantry. But the hardest part is yet to come – when he’s thrown into battle against an enemy unlike anything mankind has faced before.

Looking for futuristic weaponry, space soldiers, and nasty aliens? This is the book for you. Looking for a mental workout to get the old lemon throbbing? This is also the book for you. Or to put it another way: are you a sci-fi enthusiast with a taste for politics and moral philosophy? Read Starship Troopers. It has both in equal measure.

END_OF_DOCUMENT_TOKEN_TO_BE_REPLACED

At age twenty-four, U.S. Army Ranger Sean Parnell was given command of a forty-man elite infantry platoon – a unit that came to be known as Outlaws. Their job: find, fix, and destroy the Pakistan-based insurgents along Afghanistan’s eastern frontier.

It was assumed they they would be facing a scrappy band of undisciplined civilian fighters. Reality, however, was much different. In May 2006, what began as a routine mountain patrol ended in a bloody ambush that nearly overwhelmed the platoon. From then on, the situation was clear: the Outlaws were dealing with the most professional light infantry force the U.S. Army had encountered since the end of World War II.

Outlaw Platoon is a story of heroes, renegades, infidels, and the brotherhood of war in Afghanistan – a combat memoir on par with Marcus Lutrell’s Lone Survivor. Parnell’s detailed account of sixteen months of mountain warfare is as mentally and emotionally demanding as it is suspenseful. Don’t be surprised when you find yourself struggling to wrap your head (and stomach) around what these guys go through on the front lines.

Parnell is a consistently superb storyteller. As a fellow soldier noted, “He brings you into his thoughts of success, loss, perceived failure, and all emotions that troops process during and after heavy combat operations.”

The story of his platoon is resurrected with guts and bravado-less honesty and it’s about as close as you get to the real deal: a fascinating depiction of courage, camaraderie, and leadership laced with mortar fire and the ripping spray of .50 machine guns.

Gunfire has its own language. Suppressing fire, the purpose of which is to pin you down, sounds undisciplined; it wanders back and forth over you without much aim. It is searching and random and somehow doesn’t seem as deadly.

Accurate, aimed fire is a different story. It has a purpose to it. You know as soon as you hear it that somebody has you in their sights. The shots come with a rapid-fire focus that underscores their murderous intent. Somebody is shooting at you. It becomes intimate and fear inducing…

The enemy machine gunners hammered at us with accurate bursts. As their bullets struck home, they spoke to us infantrymen as clearly as if they had used our native language. Message received: these were not amateurs in the hills on our flanks. (p. 77)

It’s quickly apparent how deeply Parnell cares for the men he’s writing about, and over the course of the story, we come to care about them, too – from Staff Segeant Phillip Baldwin, who sacrificed everything after 9/11 to serve his country; to Specialist Robert Pinholt, a soldier with “the mind of a warrior and the heart of an economist.” Heroes. And the cost of battle wasn’t cheap for them. Over 80 percent were wounded in action, putting their casualty rate among the highest since Gettysburg. Some of them never made it home.

Like the men whose story it records, this book is rough. And I mean rough. The brutality of modern war comes through clearly in Parnell’s narrative and no punches are pulled in describing the atrocities perpetrated by the insurgents. Swearing is frequent, especially during the final half of the book, and it’s usually R-rated fare (including a handful of crude sexual references). Such content issues are par the course for war books, but you should know what you’re getting into. My age recommendation would be 17 and up. At least.

For those old enough to handle it, Outlaw Platoon is a must-read – especially if you’re even remotely interested in stellar combat memoirs. To quote Steven Pressfield, “Sean Parnell reaches past the band-of-brothers theme to a place of brutal self-awareness… he never flinches from a fight, nor the hard questions of a messy war.” 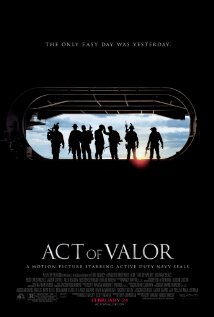 Fact-based story. Superb direction. Painstakingly authentic combat sequences. And a cast led by active-duty Navy SEALs. Wow. This may not be a perfect movie, but it’s a welcome antidote to the cynicism that pervades liberal Hollywood. A keeper for sure.

“If you’re not willing to give up everything, you’ve already lost.”