You know things have come full circle when you find yourself writing a blog post about the writing of blog posts – which is what I’m doing here. I am writing a short post in praise of long ones. Because brevity bigots are a royal pain in the bee-yoo-double-tee.

And what is a brevity bigot? says you. Fair question, says I. A brevity bigot subscribes to the assumption that good blogging is always a matter of less is more. Always – meaning, “without exception.” In other words, if you can’t say it in five modest paragraphs or less, don’t say it at all.

The reasons for such bigotry are multifarious (a beautiful word, don’t you agree?), but a frequently cited one is this: readers see a giant block of text and they go mad. They can’t handle it. Au fond, they don’t want your words because you wrote too many of them. Congratulations, poophead. You just lost your audience.

They say less is more, but sometimes more is more. There are subjects that require a lengthier exposition than 500 words will allow. Cut what you can cut. Leave the rest. Bloat is bad, but so is cheeseparing. If, after a vigorous application of the scissors, your piece is still of necessity a goodish length, so be it. Don’t be an ass. Put the scissors down.

The advice I just gave you is stupid advice according to many blogging gurus, but forget about them. Do not cramp your style or dull your point to cater to a flock of Twitterized attention spans and text-fed brains. They’re not worth your consideration. Speak your piece – no more, no less – because here’s the thing: the minute a writer doesn’t say what needs to be said because he wants to keep an audience, something inside of him dies.

As of September 29th, 2012, the Ink Slinger blog has been alive and kicking for two years. I’m two days late acknowledging that, but I figure it’s okay – everybody forgets their birthday once in awhile.

I’ve said so before and I’ll say so again: I love to write. And this blog has been a superb outlet for that. As Augustine puts it, “I am the sort of man who writes because he has made progress, and who makes progress by writing.” I am also a Christian, redeemed by grace, and as such, I am commanded “to do all to the glory of God” (1 Cor. 10:31). Writing is no exception.

END_OF_DOCUMENT_TOKEN_TO_BE_REPLACED

It’s official: today, September 29th, 2011, is the one year birthday of the Ink Slinger blog. And you know what? Soli Deo Gloria.

I enjoy writing. I enjoy reading. I enjoy sharing about what I write and what I read. This blog has been a superb outlet for that. I am also a Christian, redeemed by grace, and as such, I am commanded “to do all to the glory of God” (1 Cor. 10:31). That includes writing. So I guess you could say my mission is to bring every ink blot captive to the obedience of Christ. And that, I think, is a pretty awesome assignment – certainly cooler than anything James Bond ever got to do.

In honor of the fact that I have been able to survive (and thrive) in the blogosphere for one whole year, I’m gonna do what every blogger does: I’m gonna host a giveaway. Sure, I won’t get any points for originality, but hey, it’s a tried and true method for celebrating something special, right? So sit back, relax, and listen up.

To participate in the giveaway, all you have to do is leave a comment on this post, sharing the title of the best book you’ve read so far this year; do that, and your name will automatically be entered for the drawing. Simple, right?

Featured in this giveaway are two of the best books I’ve read so far this year, one fiction and one non-fiction: Markus Zusak’s The Book Thief and Kenneth Meyer’s All God’s Children and Blue Suede Shoes. The winner of the giveaway will receive a copy of both of these books. (Shipping to U.S. addresses only)

The giveaway will end at 12:00 P.M. (Mountain Time) of Thursday, October 6th. Then the winner will be announced.

Losers will be rounded up and shot. Just kidding.

There have been numerous articles written about how the internet has reshaped the way we interact with people. A recent article in Christianity Today noted that,

Blogging is not an occupation to be taken lightly. You are in a position of leadership. Your thoughts, your beliefs, are available to the entire cyber world at the click of a button. And because of this “instant access” capability, it’s very easy lose sight of the responsibility to weigh our words. Instead of carefully considering what we’re going to say before we say it, we just sizzle and pop like cheap Chinese firecrackers. 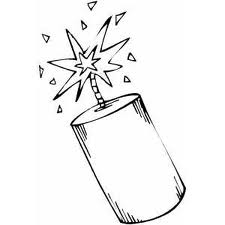 These days, its a popular pastime to hop over to a prominent blog (say Challies or Veith), read the latest controversial post, and then throw oneself heart and soul into the vicious bar fight going on in the comments section. Put on your boxing gloves and angry eyebrows, ’cause it’s gonna get really ugly, really fast.

“There is one whose rash words are like sword thrusts, but
the tongue of the wise brings healing.” (Proverbs 12:18)

Now, don’t misunderstand me: I’m all for respectful, reasoned debate. And I’ve been privy to several comment-thread discussions that have been a real pleasure to read and participate in. But too often, what I see is not respectful, reasoned debate: it’s all out war. The participants aren’t concerned with engaging in a thoughtful discussion. They’re more concerned with humiliating, wounding, and retaliating against their brothers in Christ.

Whatever happened to Ephesians 4:15? “Instead, speaking the truth in love, we will grow to become in every respect the mature body of him who is the head, that is, Christ.”

When we catch sight of something in the blogosphere that we disagree with – whether it’s a post or a comment on that post – we don’t need to act as if the world is going to end if we don’t immediately respond. In fact, oftentimes the best thing to do is to just walk away: don’t respond at all. Resist that urge to pick a fight. In those cases where a response is in order, do so thoughtfully, firmly, and lovingly, in a manner consistent with the character of Him Whom you serve. Christians shouldn’t look at a debate as an opportunity to beat each other up. They should view it as an opportunity to teach, an opportunity to learn, an opportunity to quicken each other’s beliefs and convictions. Measure your words, for “death and life are in the power of the tongue, and those who love it will eat its fruits.” (Proverbs 18:21)

“Whoever keeps his mouth and his tongue keeps
himself out of trouble.” (Proverbs 21:23)