“In Europe today, as in the thirties, the political class prostrates itself before an insatiable force that barely acknowledges the latest surrender before moving on to the next invented grievance. Indeed, a formal enemy is all but superfluous to requirements. Bomb us, and we agonize over the ‘root causes’. Decapitate us, and our politicians rush to the nearest mosque to declare that ‘Islam is a religion of peace’. Issue blood-curdling calls at Friday prayers to kill all the Jews and infidels, and we fret that it may cause a backlash against Muslims. Behead sodomites and mutilate female genitalia, and gay groups and feminist groups can’t wait to march alongside you denouncing Bush and Blair. Murder a schoolful of children, and our scholars explain that to the ‘vast majority’ of Muslims ‘jihad’ is a harmless concept meaning ‘healthy-lifestyle lo-fat granola bar’. Thus the lopsided valse macabre of our times: the more Islamists step on our toes, the more we waltz them gaily around the room.

“As French philosopher Jean-Francois Revel wrote, ‘Clearly, a civilization that feels guilty for everything it is and does will lack the energy and conviction to defend itself.'”

How To Train Your Dragon 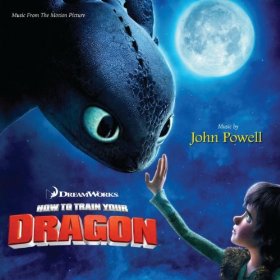 The more I listen to John Powell’s work, the more I like it. And his score for this year’s spectacular Dreamworks film How To Train Your Dragon is no exception. Powell brings every ounce of his compositional creativity to bear, and the result is one of the most memorable scores to come along in some time. Alternating between a sense of heroism, lighthearted energy, and haunting beauty, the music is also imbued with Celtic flare that reflects the setting of the film.

This Is Berk starts off the album a bang, establishing the three primary themes that appear throughout the rest of the score, while the magnificent Test Drive coincides perfectly with one of the film’s many vertiginous flying sequences. The most beautiful number on this soundtrack is Forbidden Friendship, which begins quietly and slowly develops into an ingenious variation of the main theme. See You Tomorrow also stands out as a fast and furious Celtic reel, with sprightly penny whistles forefronting an impressive brass display.

Buy the MP3 album on Amazon.com or iTunes 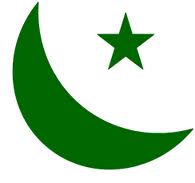 “Not long after September 11, I said, just as an aside, that these days whenever something goofy turns up on the news chances are it involves some fellow named Mohammed. It was a throwaway line, but if you want to compile chapter and verse, you can add to your list every week.

A plane flies into the World Trade Center? Mohammed Atta.

A terrorist cell bombs the U.S. embassies in Kenya and Tanzania? Ali Mohamed.

A gang rapist preys on the women of Sydney? Mohammed Skaf.

When I made my observation about multiple Mohammeds in the news, Merle Ricklefs, a professor at the National University of Singapore and South-East Asian editor of the sixteen-volume Encyclopedia of Islam, remarked sarcastically, ‘Deep thinking, indeed.’ Well, gosh, maybe it’s not terribly sophisticated. But then again, when you’re dealing with fellows who decapitate female aid workers in Iraq and engage in mass slaughter of Russian school children, maybe sophistication isn’t always helpful. Particularly when sophistication seems mostly to be a form of obfuscation by experts wedded to the idea that Islam is something that simply can’t be understood unless you’ve read all sixteen volumes of their Encyclopedia, or, better yet, written them. For those of us who aren’t professors of Islamic studies, the obvious course is to step back and try to work from first principles: What’s happening? Who’s doing it? The five-thousand-guys-named-Mo routine meets the ‘reasonable man’ test: it’s the first thing an averagely well-informed person who’s not a multiculti apologist notices – here’s the evening news and here comes another Mohammed.”