Ladies and germs, allow me to welcome you to the second annual Soundtrack Giveaway here at the Ink Slinger blog. Be my guest and take a seat – we’re about to begin. 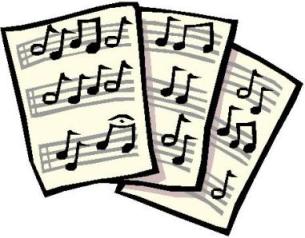 If you participated last year, you know what’s going on. You probably also noticed that I’m hosting this giveaway at a rather later date than last year. The reason is fairly simple: I wanted to sample all of the soundtracks released in 2011, including the ones released closer to the new year. I’m glad I made this decision, because otherwise, I would’ve missed out big time.

If you’re new to this giveaway – and most of my readers are – you are likely wondering what the heck is going on. “A soundtrack giveaway? What is that?” Easy – it’s just like any other giveaway. Only, instead of getting a quilt, a CD, or a book, the winner receives a soundtrack.

“Alrighty,” you say. “Makes sense. But why soundtracks? I don’t see any other bloggers giving away soundtracks.” I don’t either. That’s the point. Since nobody else I know of is doing it, I’ll do it.

Of course, there are those who will inevitably respond, “But what if I don’t listen to soundtracks, or enjoy them?” Well, in that case, I’d have to say – with all kindness – that it’s your loss.

Now that we’ve got that out of the way, let’s move on…

2011 has been a great year for film scores, so it’s rather difficult for me to select just two for this giveaway. Nevertheless, here you are: the soundtracks I’ll be featuring this year are Hans Zimmer’s score for Sherlock Holmes: A Game of Shadows and Alan Silvestri’s score for Captain America: The First Avenger.

Leave a comment if you would like your name to be entered in the drawing. To increase your chances, share this giveaway on your blog (or link to it via social networking), and let me know you have done so. I’ll enter your name for each “share”. The giveaway will close at 12pm MT on Friday, December 30th. Aftwards, a name will be drawn and the winner will recieve his/her choice of the soundtracks featured (on MP3).